Peace of Mind for One Autism Mom 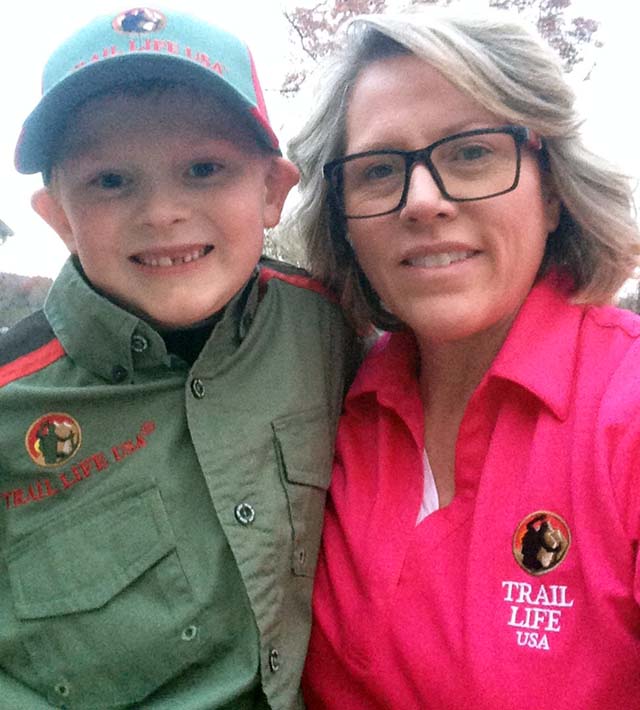 Rhonda Ruff, a single mother of son Noah, found herself homeless and jobless when Noah was just one year old. Having no place to go, she and her son moved states to live with her parents. While trying to get back on her feet at a new job, she sent Noah to daycare so he was occupied during the day. During this time, they struggled with behavior issues from Noah and had him assessed. They found out that he had autism, which was an unfamiliar world to Rhonda.

Simultaneously, she was working on finding a home so that they would be able to move out of her parents’ home, which they had been living in for nearly 3 years. She was able to find a rural development loan that would help her to build a new home with a monthly mortgage that was less than renting a 2-bedroom apartment in Charlottesville, where she had been living. The home was built and was a blessing to finally have a place that was their own. But she soon realized that living alone came with many challenges.

Previously, when she lived with her parents, there were multiple sets of eyes to watch Noah. But now, performing daily tasks like taking a shower or even being in another room brought great challenges. Noah, now 4, would have the tendency to wander off due to his extreme elopement issues related to being on the spectrum. Rhonda wanted to be able to have the peace of mind to let her son go outside and play without the worries of him running into the woods in their unfenced backyard. That is when Rhonda went looking for a grant organization to help her find the funds to build a safety fence.

Autism Care Today was the only grant organization that she could find that was willing to cover costs for children, like her own, on the spectrum. She applied for her first grant and was approved within a few months for a portion of her original requested amount. For the next two years, Rhonda and Autism Care Today worked together to try and find other funding sources, such as vendors like Home Depot that would be willing to donate building materials, but they came up empty handed. Finally, Rhonda found a local non-profit that was able to pay the difference to complete the project. With the combined help of the local organization and the Autism Care Today grant, the fence was installed at the end of 2018.

Noah is now 7 years old and is able to finally enjoy outdoor independent play after missing out on so many years of it. With this grant from Autism Care Today, Noah is now able to be safe in his own home and his mother is given the peace of mind to let him enjoy something that all children should be able to.