HomeAll PostsLatest NewsStars come out for those on spectrum 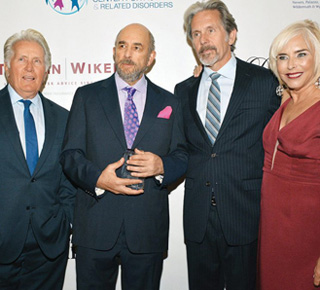 Stars come out for those on spectrum

The 13th annual Denim, Diamonds & Stars Fundraiser at the Four Seasons Hotel in Westlake Village on Oct. 7 brought to light the challenges faced by children and adults with autism.

The star-studded event was hosted by Autism Care and Treatment Today, a nonprofit organization that provides services and support to children and adults with autism and their families.

Since the inception of the organization in 2005, ACT Today has raised and distributed over $1.65 million in grants that pay for behavioral therapy, medical care, special education schools and other services.

The evening kicked off with a cocktail reception at the hotel and a silent auction with opportunities to bid on deluxe vacations, spa treatments, gift baskets—even cupcakes.

Nancy Alspaugh-Jackson, ACT Today executive director, opened the event with details of how the organization operates. The group raises money throughout the year to provide services to children and adults on the autism spectrum. The yearly gala is the group’s main fundraiser. 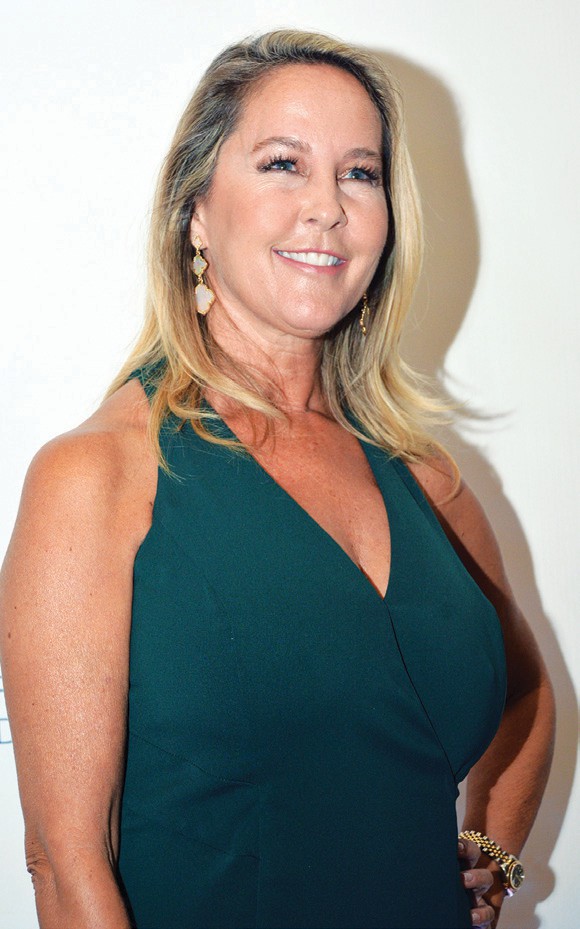 Alspaugh-Jackson and others talked about how they’ve dealt with finding treatment, resources and care for their children after receiving a diagnosis of autism, a neurological disorder.

Alspaugh-Jackson said her adopted son, Wyatt, lost his ability to communicate with others at the age of 3 and exhibited violent tantrums, symptoms and behavior. Early diagnosis is needed to help children with autism reach their full potential, she said.

According to a video from the Center for Autism and Related Disorders, which was shown at the event, one in every 59 children in America have been diagnosed with autism.

Those who are diagnosed and receive treatment early through applied behavior analysis have the best chance at living a normal life, the center said in the video.

At the gala, several people were presented with special honors. 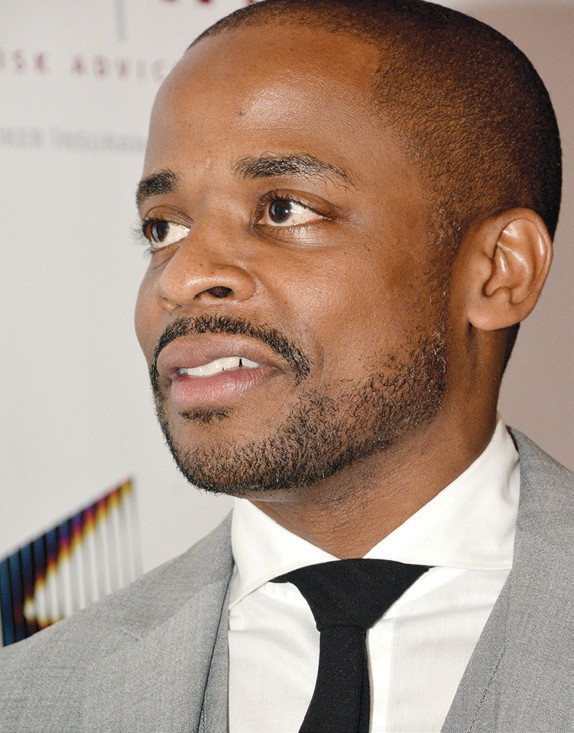 HONORED—Above, actor Dulé Hill of the TV series “Suits” makes an appearance at the gala. At right, Joanne Lara receives the Golden Cowgirl Award from actor Joe Mantagna. Lara is the executive director of Autism Works Now and the owner of Glorious Pies, a bakery that employs people with who are on the autism spectrum.

Lara is focused on helping young adults with autism find employment. She said 80 percent of people diagnosed with autism are unemployed.

“We need to get these people working,” she said.

Her bakery, Glorious Pies, has employed adults with autism for years, she said.

“They work hard and earn a paycheck. It’s part of the solution,” she said.

Rose Van Wier Hein, founder and CEO of Golden Heart Ranch, an Agoura Hills-based nonprofit organization dedicated to enriching the lives of young adults with autism, was honored with the Visionary Award.

She spoke about the treatment her son Justin received after he was diagnosed with autism at the age of 2.

In the beginning, she and her husband tried speech and play therapy, special diets and other treatments. But one day she was mesmerized by a ray of sunshine that streamed through the window onto her son. 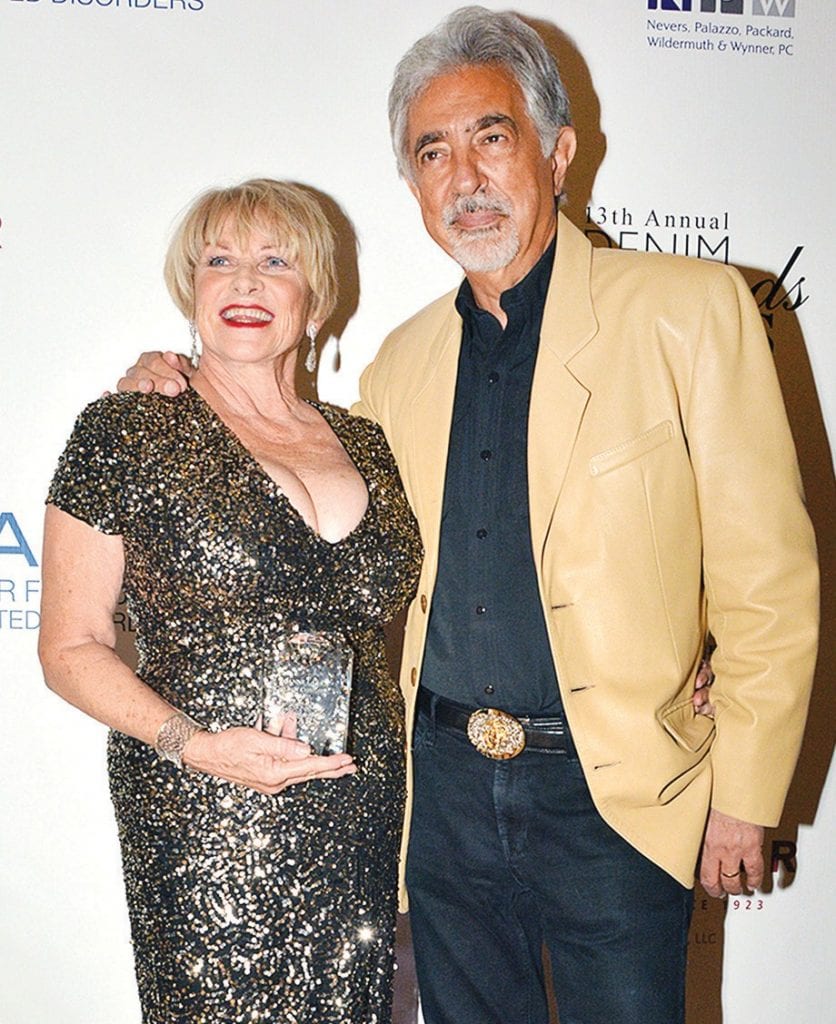 “I realized he would always be on the other side of a window,” she said.

“I came to terms with what was not to be and what could be,” she said.

The moment helped her envision the need for children like Justin to gain life skills, social opportunities, friendships and eventually a place they could call home.

Schiff’s son Gus, an adult on the autism spectrum, talked about how when he was a child his father helped him deal with some challenges, including anger issues.

His father told him he could flip out but instead of hitting people, he should hit something else. In fourth grade during a game of kickball he became angry and kicked down a fence. Later he worried about how his father would react.

But Richard Schiff asked his son whether he had hit anybody, did he walk away, did he know now not to knock over a fence. After Gus answered, Schiff told his son that he “couldn’t be more proud” of him.

“ His victories made me weep,” he said.

About $50,000 was raised at the event’s live auction. Vacations to Pelican Hill Resort, an opportunity to be on the set of a three-game NFL show and other trips were auctioned off.

The silent auction and ticket sales also raised money for the cause. 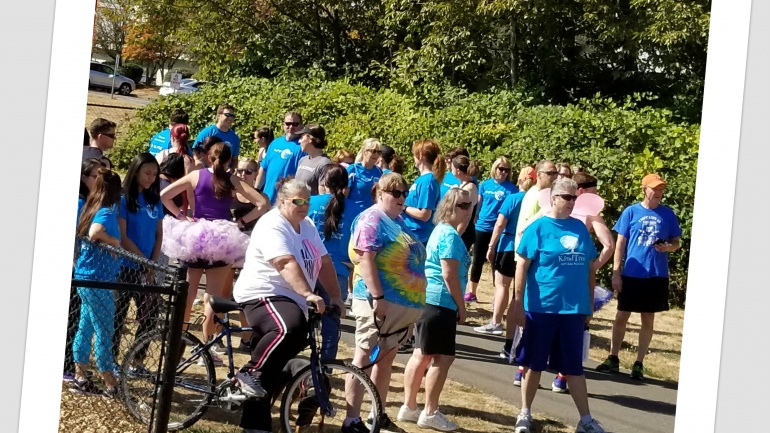 Acumed – Hillsboro, Oregon On September 14, 2017, all Acumed employees, family members, and members of the community were invited to participate in the 1st Annual AcuFun Run/Walk presented by the Charitable Giving Committee. The 4k run/walk was located… 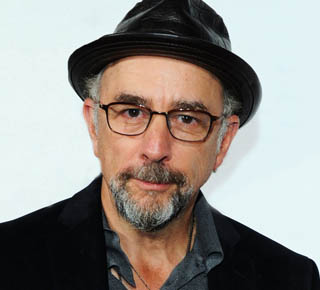 Westlake Village, Calif. — Bright lights and cameras will be out in force at the 13th Annual Denim, Diamonds & Stars, a gala to raise funds for ACT Today!, the nation’s leading autism nonprofit organization providing help and support…