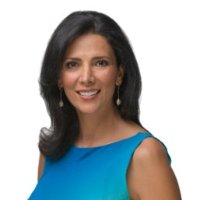 Gabriela Teissier is a news anchor at Univision 34 KMEX-TV, the number one Spanish-language television station in the nation. She joined the Primera Edicion (First Edition) news team in March of 2004 after being the news anchor for Telefutura 46 – KFTR-TV, the flagship station of Telefutura (now rebranded as Unimas).

​For the past eight years Teissier has addressed such topics during the two-hour morning show that include: education, health, immigration and current affairs. Some of Teissier’s most recent interviewees include Your Excellency President of the State of Israel and Nobel Peace Prize Shimon Peres, Barack Obama, Maria Shriver and former President of El Salvador, Antonio Saca. She has received an Emmy for excellence in journalism and five nominations for producing and hosting along with seven Golden Mike awards.

​Teissier sits on the board of the Greater Los Angeles Division of the American Heart Association. She is also a board member of Autism Care Today, a not for profit organization that provides therapy and services for families with people with autism.

​While studying communications and graphic design at the Universidad Iberoamericana, Teissier was already working in the news business in Mexico City. Her first position as a news anchor was in Telerey, Mexico. Almost immediately she landed a contract to come to the USA as an anchor.